Jorge Gutierrez has over 25 years of experience in B2B sale, primarily with international accounts, having spent the last 14 years at Furukawa Rock Drill USA covering Mesoamerica and the Caribbean for the Breaker & Attachment Division. Three years ago, he was tasked to also provide account management for the Rock Drill Division, developing the dealer network that is taking FRD to new levels In Mexico and Central America.

His “solution-based selling” approach, his hands-on problem solving, and his rapport with customers, from the C-Suite to the shop floor, have allowed him to leverage his knowledge of the product to provide sales and product support in Spanish, allowing our dealers to have a competitive advantage in an already highly crowded, price-sensitive marketplace.

Residing in a suburb of Houston, the fourth largest metro area in the country allows him to cover his territory with minimal traveling time. But when not working, Jorge likes to play golf, (even though he is a really bad golfer), volunteers with the Metanoia Ministries and Restorative Justice, or you can find him out biking with his 2 daughters and his wife Janet.

Jorge covers the countries of Mexico, Puerto Rico, the Caribbean Basin, Central America (less Panama), and Exporters of the states of Texas and Florida. 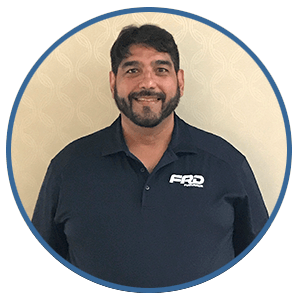 Save & Accept
Scroll to top
Return to Top